I really like this woman. She "gets it" especially since Samir Khan (aka Inshallahshaheed) came from her district.

WASHINGTON U.S. Rep. Sue Myrick will hold her first hearing today as an Intelligence subcommittee chairwoman under the new, Republican-controlled Congress. The hearing on the Muslim Brotherhood comes now because of the political uprisings in Egypt and its neighbors this winter. But witnesses probably will address Myrick's concerns about what effects the Muslim Brotherhood could have not only in Egypt, but also the rest of the Middle East, and even in the United States. Myrick, a Charlotte Republican, has long warned that U.S. national security forces should focus more energy on homegrown terrorism, including Islamic extremism and whether terrorist groups could recruit young people through American mosques. Others question whether the Muslim Brotherhood is responsible for radicalizing youth and caution against Congress' probing activities protected by the First Amendment. Myrick routinely cites the hometown example of Samir Khan[aka Inshallahashaheed..ed], a onetime Charlotte resident who once edited an extremist website from the basement of his parents' home. Khan now is thought to be operating from Yemen.

California Rep. Mike Thompson(D) wants to make sure the hearing doesn't turn into a "witch hunt". Same was said about Rep Kings hearings on radicalization of American Muslims. Racist/fearmonger comments on the article: 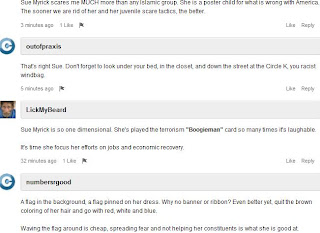 Islam/Muslim is not a race but that doesn't stop people from using the race card. Video and more below fold

Via her gov website: More on CAIR Via Tell the Children the Truth: 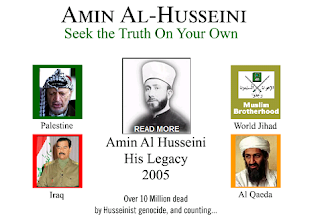