Update IX (12/13/2010) by DMartyr: Vlad Tepes has video and audio from the explosion. (SH: Note the dude holding the sign, splodey dope was a sign carrier also. Anyone make out what is on the sign?):

STOCKHOLM -- Two explosions shook central Stockholm on Saturday, killing one person and injuring two, rescue officials said. Police spokeswoman Petra Sjolander said a car exploded near Drottninggatan, a busy shopping street in the center of the city. Shortly afterward, a second explosion was heard higher up on the same street, and a man was found injured on the ground. He was later pronounced dead. ..."I saw some people crying, perhaps from the chock," he said. "There was a man lying on the ground with blood coming out in the area of his belly, and with his personal belongings scattered around him." Gabiro said the blast was "quite loud" and he saw smoke coming from the area where the man was lying.

Few details except one familiar item. The vehicle was stuffed with gas canisters, which I take as propane cylinders and gasoline. Gee I wonder if anyone has tried that before? And it appears they wanted to blow up Christmas, excuse me, Cross Worshiping Shoppers. Must have been those pesky Lutherans protesting the commercialization of Christmas? Update: An image from the scene credit Reuters.

Update II: Stockholm News has a complete report. Determined to be sudden Jihad Syndrome. They are reporting it as a Suicide Bombing.

Police bomb technicians examined the dead man's bag by using a bomb robot. Radiographs show that it contained a large quantity of nails and an unknown substance which is suspected to be explosives. At least four ambulances were sent to the scene. Two people were taken to hospital with minor injuries, they were in the vicinity of the explosions. The adjacent streets have been cordoned off. According to witnesses, the man shouted something in Arabic before the bomb detonated. The Swedish news agency TT reports that both them and the Swedish Security Service received a video-film only ten minutes before the explosions. In the film a man addresses to "Sweden and the Swedish people". He,among else, refers to the Swedish silence on artist Lars Vilks paintings of Mohammed, the Swedish soldiers in Afghanistan, saying that "now shall your children, daughters and sisters die as our brothers and sisters and children are dying."

What you mean I was wrong about the Lutherans? My apologies.... And also credit Charles for being ahead of me. I wonder where this splodey dope would have gotten an idea like this in Sweden? Update III: Here are some portions of the email audio message sent to the press.

“Now, your children — daughters and sisters — will die like our brothers and sisters and children die,” it continued. “Our actions will speak for themselves. As long as you do not end your war against Islam and the insult against the prophet and your stupid support for that pig Vilks The recorded message sent to Swedish news organizations demanded that Muslims in Sweden “stop sucking up and degrading yourselves,” and broadened the appeal to “all mujahedeen,” or holy warriors, in Europe. “Now it’s time to attack,” it said. “Do not wait any longer. Come forth with whatever you have, even if it is a knife, and I know that you can bring more than knives. Fear no one. Do not be afraid of jail. Do not fear death.”

If anyone finds a complete transcript please email Howie. Update IV: Exclusive bomber's profile from Muslima.com. He has been identified as Taimour Abdulwahab.

I was born in Baghdad, Iraq. We moved to Sweden in 1992. I moved to UK 2001 to study. I have Bacholar degree in physical therapy. Iam married sence 2004 and have 2 girls. One is 3.6 and the second is 1.6 years old. I want to get married again, and would like to have a BIG family. My wife agreed to...
Looks pretty moderate right. Well check out his icon for his Facebook account.

Whose flag is that anyway, Oh yeah al-Qaeda and the online Jihadis just love that one. I guess if you can't seem the get that second wife, sploding yourself is a good way to impress the ladies. Allahu Snackbar! Update V by SH: Partial transcript of presumed bombers audio sent via EXPRESSEN[goolish translate

Following is a transcript of the audio file emailed to Swedish news agency TT that was sent at 16:40 on Saturday. Please note that some of them also in the Swedish section was read in Arabic. There are also audio files in English or Arabic. Note that there is still no confirmation that the voice on the audio file can be linked to explosions in Stockholm. "In Arabic: The merciful God's name. Prayer and peace to the Prophet Muhammad, peace be upon him.
In God, the merciful Father Name: In Swedish: Very short and wide to Sweden and Swedish people. Thanks to Lars Vilks and his paintings of the Prophet Muhammad (in Arabic), peace be upon him (in Swedish) and your soldiers in Afghanistan and your silence on all this so will your children, daughters, brothers and sisters die like that our brothers and sisters and children die. Now the Islamic State had complied with what they have promised you. We are now here in Europe and in Sweden, we are a reality, not imaginary, more, I would not say on this.[Read the rest]

There is also a FB page in his honor:

Image of sploded dope, who celebrated the eve of his 29th birthday with a bang![below fold] Update VI by SH: Splodey Allahu Adakbar dope studied at a British University:

# Taimour al-Abdaly graduated from Bedfordshire in 2004 # He worked as a sandwich-boardad man on street he attacked[Ah, that's the reason for the 'board/sign' next to his dead body..ed..(2nd image added)] A suicide bomber who died in a terrorist bomb attack which rocked Stockholm city centre, is believed to be a graduate from a British university.[ More]

Gives a new meaning to those dudes who advertise businesses Update VI: Welcome Hot Air readers. While you are here check out the cool martyrdom headshot from the Daily Mail. Its a great, "Hi Mom, I'm dead!" postcard for the holidays. Shame that Baby Jesus seems to have won this one. He looks so peaceful.

It will be all the rage on the al-Qaeda martyrdom tape. They'll never consider that he looks peaceful because he's effing dead. Update VII: Expect a dynamite update when our leader Dr. Rusty Shackleford gets back, quote.

The guy is connected.

As in connected to the online Jihad. Also thanks to Brad Thor for sharing us on Facebook. Wished I could see it ;) Update VIII by SH: Just a little funny quote

The fact that the Stockholm attack failed suggests al-Qaida is not in a position to train its supporters properly, British sources said.

I feel alQaeda, if connected, trained them very well. Al Qaeda, you devils you...trickin the Ummah Also, the splodey dope's property is still being searched in Bedfordshire, while the Guardian[link above] found a neighbor who lives by. Same ole, same ole

Metropolitan police officers last night searched a property in Bedfordshire under the Terrorism Act 2000, the force said. It was reported last night that his family still lived in Luton and that neighbours last saw him two and a half weeks ago. Tahir Hussain, 33, a taxi driver who lives nearby, told the Daily Telegraph: "I used to see him around often. He didn't say much but seemed nice. I used to see him walking with his kids. "I was shocked when I heard what happened because I never thought he could do such a thing."

Shocked!!! srzly. 'Guest' linked to a article regarding Lions of Luton. Radical cleric Hook Hamza connection? Well at least...a bit of a push... 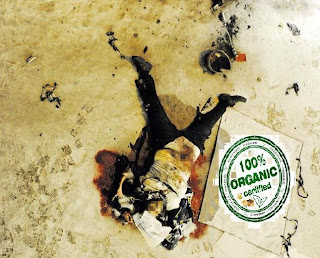 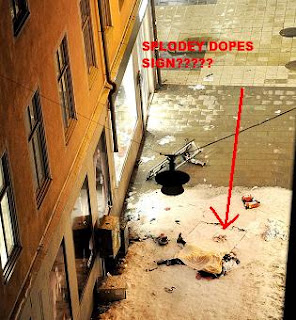