UPDATE 12/29: The bin Laden message has now been released. Scroll to bottom of page for updates and video.
---------------- A banner on jihad websites yesterday announced that as Sahab video, the propaganda arm of al Qaeda in Pakistan/Afghanistan, will soon be releasing a message from Osama bin Laden. The title of the message indicates that Osama bin Laden will discuss the so-called "Islamic State of Iraq", the al Qaeda front group which masquerades as a shadow government. The message will also discuss a perceived conspiracy by the pro-jihad Arabic news organization al Jazeera. Apparently al Jazeera has sold out to "the man" because they reported that al Qaeda had made mistakes in Iraq. It is not clear if the message from bin Laden will be a video or audio. The last two messages from Osama bin Laden have been released as videos, but were actually audios with an old still image of bin Laden. The last true video of Osama bin Laden was of unusually low quality, which is very out of character for the polished as Sahab production unit. Even more unusual was that the video stopped motion during the only times that bin Laden could be heard discussing recent events, only to begin again later on. This has led to widespread speculation that all of the "new" releases of "bin Laden" were hoaxes--and not very good ones--and that the real Osama bin Laden's flesh is being slowly consumed by maggots somewhere in Waziristan while his soul rots in the lowest circle of hell. So, expect a "new video of bin Laden" in the next 48 hours which, if it is bin Laden won't be new, if it is new won't be bin Laden, and if isn't really a video in either case. The world holds its breath for some real proof of life. Laura Mansfield should have the video available for download as soon as it is released. Thanks to Birddog26 for the tip and the sodomy loving cocksuckers at the al Ekhlaas forum for the banner. UPDATE: Video added because it has two important tidbits. Bhutto first names names on who is trying to kill her, but then she claims that one of the men is a member of Pakistan's security services who has contacts with the man "who murdered Osama bin Laden". Apologies in advance for the message at the end, the person posting it at Youtube is a conspiracy nut. Apparently Bhutto knew people -- very bad people -- were out to kill her, but what is this deal with "Omar Shiekh" who she claims "murdered Osama bin Laden"? Either she knew something super-sikret, or she, like so many in the developing world, believed in elaborate conspiracies based on rumor and innuendo. And, while we're adding the Bhutto angle, notice that she names bin Laden's son as one of the people who might want to kill her (among four possibilities). Again, it's just Bhutto's speculation, but it does look like al Qaeda was behind it. Specifically: Baitullah Mehsud. UPDATE: Did she really mean to say "Daniel Pearl" instead of "Osama bin Laden"? Maybe. Allah seems to think that's a better explanation. Curt, too.It's a truthers wet dream. Another interesting is that the info she got on her would-be-assassins comes from: Musharraf. Update by Howie: The Tape has been released. It is a still image over an audio message. The voice appears at first listen to be that of bin-Laden. No subtites. The video can be downloaded here courtesy of Laura Mansfield. A streaming copy of the video is here, or scroll to the bottom of this post for an embedded copy. The video is not in English. Here is a report on the content of the message so far Via Yahoo

CAIRO, Egypt - Osama bin Laden warned Iraq's Sunni Arabs against fighting al-Qaida and vowed to expand the terror group's holy war to Israel in a new audiotape Saturday, threatening "blood for blood, destruction for destruction." Most of the 56-minute tape dealt with Iraq, apparently al-Qaida's latest attempt to keep supporters in Iraq unified at a time when the U.S. military claims to have al-Qaida's Iraq branch on the run. The tape did not mention Pakistan or the assassination of Benazir Bhutto, though Pakistan's government has blamed al-Qaida and the Taliban for her death on Thursday. But bin Laden's comments offered an unusually direct attack on Israel, which has warned of growing al-Qaida activity in Palestinian territory. The terror network is not believed to have taken a strong role there so far. "We intend to liberate Palestine, the whole of Palestine from the (Jordan) river to the sea," he said, threatening "blood for blood, destruction for destruction."

UPDATE by Rusty: Again, the audio was released without English subtitles. For newer readers this is significant because nearly all as Sahab produced propaganda is simultaneously released in several languages, including English. There is something close to a consensus that Adam Gadahn, the California native who converted to Islam and joined al Qaeda and the only person since 9/11 under indictment for treason, is as Sahab's chief English language propagandist and translator. Either Adam Gadahn is dead, or he is in a much more dangerous position than that of propagandist. I'm sure intel types are all over this, but sometimes this kind of info has a way of not filtering down to the troops on the field or those manning the border. So, be on the lookout for this man either on the ground in Afghanistan earning some street cred with al Qaeda or trying to infiltrate Europe or the U.S. using a false identity. 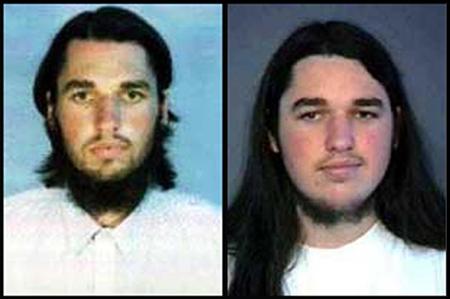 There is a $1 milllion reward for the capture of this American al Qaeda traitor. The full Arabic version of the video is below.